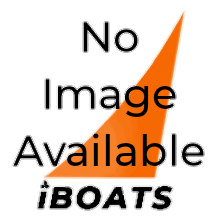 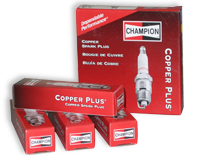 Description Customer Reviews Customer Questions & Answers Shipping
The World's Favorite Sparkplug, Champion Spark Plug represents the world's most complete line of standard and premium plugs for marine and small-engine applications. Champion is specified as original equipment by more engine manufacturers than any other plug in the world.

Here is a video with Rich Keller from Champion talking about how their technology has improved, in turn, improving their plugs. ... read more

John Trousdale:
Champion Spark Plugs is the name we all grew up with. I’m here with Rich Keller. Rich, the Champion has led the way for a long time but technology is changing. What are you guys doing to keep up and to lead the way?

Richard Keller:
We’ve had to change a lot of things over the years. One in particular, the life expectancy has gone up dramatically from as little as – say 15,000 miles now to over a 120,000 miles. Also, the voltage requirements have gone from as little as say 15 kV, now easily pushing 45 kV.

These things have forced us to make a lot of changes to extend the life. In addition, precious metals have now become the norm as oppose to just solid nickel electrodes.

John:
Tell me how technology plays a role in keeping up with the changing world of racing.

Richard:
With racing, we have to make sure that the firing-end is perfect. It’s well put together. The edges are nice and clean. There’s nothing, excessively – no burst. You want it sharp but no burst and the coverage is just right.

John:
You mentioned precious metals. Now I know you guys pioneer the Iridium movement. Tell me more about that.

Richard:
Iridium is actually originally used in the aviation industry for turbine jet engines. And then it went into the industrial market shortly thereafter. This goes back to the 1960s.

John:
Now Champion does a lot to support Grassroots Racers. Tell me more about that.

Richard:
Champion has a new program in 2012. We’re sponsoring Grassroots Racers. If you go to alwaysachampion.com, you’ll see all the details on it. But essentially we’re giving away a hundred thousand dollars in sponsorship, five $10,000 sponsorships as well as one grand prize of $50,000.

John:
That is big news. Racers out there listen up, alwaysachampion.com is where you can enter to claim up to a hundred grand in sponsorship money from Champion. Rich, thanks for having us. Power TV at PRI.